5 leadership lessons from a dinner gathering 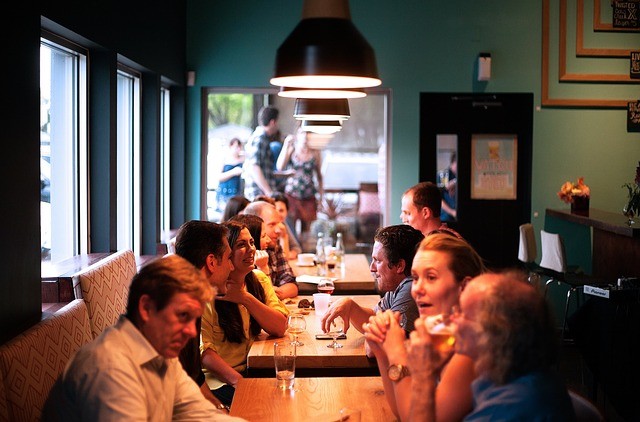 [Fair warning: This is a longer post, but I think you will get a chuckle or two.]

The other night I had a dinner gathering where nothing went as planned. I’d like to spare you the details, but the story loses it’s humor if I do. So I’ll start with the end for those of you who like to skip to the punchline.

The lessons I was reminded of at this dinner:

So if you want to hear more, read on my friend, read on:

Here’s how it went.

My friend Dr. Jeremy Weisz called me and asked if I wanted to host a dinner with him for some speakers and attendees coming into Chicago for a conference. After checking with my boss Lynette (aka my beautiful wife), I said, “Absolutely, how do we do that?” He explained it to me and we invited a number of people to join us for dinner the night before the conference got started (Full disclosure, Jeremy invited a number of people, I invited one). My guest was going to be none other the Mike Michalowicz, who was speaking at the conference. Mike immediately said yes and we were off to the races (oh and buy Mike’s books through this link.) Ok, let me stop for a moment. If you are wondering what in the world is this selling on Jeff’s blogpost, let me explain. Mike is a good friend and if I don’t link to his stuff, he will beat the snot out of me. (BTW, he has the greatest website, but if you click there, you have to come back here! The other people are linked to their site out of courtesy as well.) Ok. Back to the story.

As the time neared for the dinner, it seemed that it was going to be me, Jeremy, Mike and possibly another speaker named Itzik Ameil. That was fine, it would be a great time for the four of us. The day of arrives and I get a text from Mike that he was stranded at the airport and would be getting in until late and thus would miss dinner.

I call Jeremy. He says, “Don’t worry, I asked a few folks and am waiting to hear back.” That evening, I drove to Chicago and let Jeremy know I was there. He let me know everyone had declined for various reasons, except Itzik and a gentleman named Joe Woodard. When Jeremy arrived, Itzik had invited another person, Meaghan Corson whom he had met that day. We introduced ourselves and sat down. Itzik and Meaghan are talking and the next thing I know, they left the table and were talking to a couple of guys across the room. I honestly thought they might be skipping out on us. A few minutes later, they all join us at the table.

This is all well and good, right? But I am a classic introvert! I went from having dinner with two guys I know pretty well to 5 people I’ve never met! And that’s when I relearned some lessons.

Lesson 1: Go with the flow. I quickly ran my deep breathing app on my iPhone and settled down. The conversation was going well and everyone was getting to know each other. And then I was reminded of lesson 2.

Lesson 2: Listen well. Poor Joe could not get Itzik’s name right. Eventually, he gave up and started calling him Isaac (the english translation of Itzik). It wasn’t a big deal at all, it just reminded me of the need to listen carefully. And listening well applies to lesson 3.

Lesson 3: Don’t be that guy. One of the men who joined us was very successful in his field. He had a huge ring on his finger and the story he told about it was really great. That wasn’t the issue. The issue was that he turned every conversation back to himself and his or his son’s accomplishments. The unfortunate thing is I don’t think he even realized it. As the evening progressed, the rest of the table kept conversing among themselves and soon it was just Jeremy and I talking with this individual. That is where lesson 4 came in.

Lesson 4: You only have to outrun the person next to you. There is an old joke that you’ve probably heard that goes like this: Two campers are out for a hike in the woods when they unexpectedly meet a bear. The first one immediately turns and begins running. The second one pulls a pair of running shoes out of his knapsack and laces them on. “You’re wasting your time,” the first camper calls back. “Those shoes will never help you outrun a bear.” “I don’t have to outrun the bear,” the second one says. “I only have to outrun you.” So I must confess, when I saw my opening, I casually turned to the other end of the table and joined the rest of the conversation, leaving poor Jeremy to be eaten by the bear. And Jeremy fed that bear with his attention for the rest of the night. Sorry Jeremy, and thank you for reminding me of lesson 5.

Lesson 5: Getting out of your comfort zone brings rewards. I should also confess, that as the guest list changed, I didn’t want to be there anymore (introvert, remember). And yet, by the end of the night, I had connected with six new people whom I never would have met before and deepened my relationship with Jeremy (despite feeding him to the bear). Even “the bear” was a nice guy and he’s had a lot of interesting experiences. I foresee a few of the others as people I might work with in the future. So, get out of your comfort zone, don’t be that guy, listen carefully and go with the flow.

Oh yeah, and just run faster than your friend.

Let me know what you think! [reminder]

And if you really enjoyed this, share with a friend or two (hundred).